Recently, a patient dying of cancer requested CPR despite many clinicians advising against it. When it feels challenging to understand a patient’s decision, I remind myself to consider the situation from a different perspective. 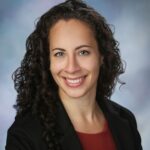 I watched with shock and dismay as Mr. A, my 86-year-old patient dying of metastatic pancreatic adenocarcinoma, opened his eyes for the first time in days to say, “Yes, give me CPR.” This was after prolonged conversations with multiple physicians conveying the most likely trajectory of his illness with frank recommendations to transitioning to comfort care.

There’s a panic light that goes off whenever I think that my patient and I are misaligned due to some information lost in communication. In that moment, my inner dashboard flashed the words “inadequate bandwidth to connect” in red. I was lost. My heart sank at the thought of compressing his frail chest. In the advanced stage of his illness, he wouldn’t survive.

As the days went on and Mr. A continued to deteriorate, I learned more about his life through his daughters. They told me that he was diagnosed six months prior in Greece and returned to America receive treatment. His rapid deterioration precluded chemotherapy. With tears in their eyes, they said that their father’s goal was to return to Greece to die. They knew that this was no longer a possibility and felt responsible. “I know he won’t survive CPR,” his daughter said. “But I can’t take this away from him like I took away his chance to be in Greece.” I then asked how Mrs. A was coping with everything.

Mrs. A typically left the room when doctors came in. According to her daughters she became overwhelmed with the thought of her husband’s passing and preferred not to address it. The idea of not pursuing every treatment modality available was akin to giving up on her husband. As a devoted wife of over 60 years, this was unacceptable.

Everything clicked into place and my panic light began to dim. As soon as I stopped worrying about my own guilt, I could see the situation from a different angle. Resolutely insisting on receiving CPR was Mr. A’s way of thanking his wife for her steadfast commitment to him. His final act of love and devotion to her was allowing his chest to be compressed and his heart to be electrocuted, even if the outcome would be no different than a peaceful passing in his sleep.

Each day I’m challenged to empathize with the battles of my patients. Each day I’m reminded of our similarities as humans, and our differences dissolve into nothingness. I’m grateful for the moments of vulnerability when our gazes, words, and intangible feeling of human connection act as mirrors into each other’s experience. This helped me to understand Mr. A’s perspective.

When I’m having a difficult time relating to why a patient may have chosen a particular behavior, I remind myself that we’re more similar than different. And then I often feel that I have adequate bandwidth to connect.

How have the events of this past week come up during your patient interactions and how have you tried to be supportive?

Letting the Laughter In

The Crooner And The Waltz