When patients or loved ones express anger, honest and sincere communication may help address their feelings and underlying concerns. 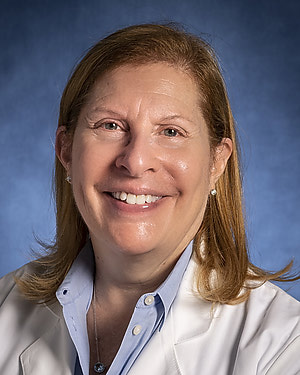 Anger is born of disappointment and can be a brief or sustained reaction to situations. Anger can also arise from accumulated frustrations after repeated failure. Take the father whose child has had a long course in the pediatric ICU after treatment for unyielding leukemia. This child had sepsis with respiratory failure and kidney injury, among other complications. Multiple diagnostic tests required to define the correct treatment left his child further weakened. During a parent meeting, the father expressed his concerns about his son’s lack of improvement and his anger was laid bare. He recited previous discussions where his consent to perform these diagnostic tests was solicited, each with the promise that if the test or procedure was performed, the diagnosis and ostensibly best treatment would be revealed. The father recounted each procedure, none of which resulted in a cure.

He was angry. He described that he’d followed the team’s every suggestion and yet his child’s health was deteriorating. From his perspective, he wondered if he had mistakenly sacrificed his son at this altar. Had he unknowingly abandoned any chance for his son’s recovery? There was silence from the team as the father entered a hyperactive state of arousal and altered perceptions associated with loss of control. Would this father’s alienation be permanent? Was each person present at this meeting complicit in the perceived deceit? Would anyone be immune from anger when second guessing whether they had been duped, or question the motivations of those associated with unsuccessful outcomes?

In this scenario, the attending oncologist stepped forward and addressed each “failure” raised by the child’s father. He acknowledged every concern raised. He described the result of every procedure performed, the complications encountered, and the therapeutic interventions made.

The oncologist turned a potentially destructive encounter into a frank and open discussion about the severity of the child’s illness and the challenges encountered. The doctor not only validated the anger expressed but was able to give space for the parent to reconnect with the caregivers and regain confidence in the team.

I occasionally have time to knit. In my early experience, when my stitches were uneven or I botched the pattern, in my anger I would hastily rip out my work, often until very little was left. As I learned to control my frustration, I became better able to control what needed to be undone. I learned to take a step back and find solutions that created opportunities to knit beautiful sweaters.

One of the most important roles of caregiving is to help patients and loved ones manage anger. In the executive dysfunction associated with loss of self-control, isolation reigns, innovation suffers, and opportunities are missed. Honest, direct, sincere communication is a start to alleviating anger. What’s more important is looking for the opportunity to uncover the perceived failing and addressing it.

The Role of Disclosure in Medicine