Always be honest and transparent when talking with patients, even when sharing bad news. 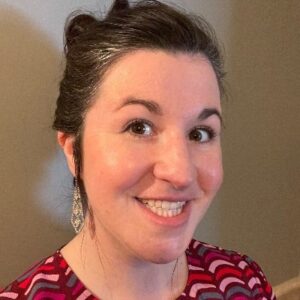 “I think he’s dying,” I said to the oncology and palliative care teams, who’d been discussing the possibility of chemo in the face of our patient’s progressive cancer. As a team, we were at odds in our perception of the patient’s clinical status. On rounds, we were all present in the patient’s room along with his family. The patient was occasionally struggling to breathe and minimally alert. To me, the possibility of death was clear.

When the topic of pain-control arose, I asked about increasing his dosing or possibly starting an infusion. Another team member told me that the patient had previously stated that he didn’t want to be sedated with medications, something that his mother confirmed. His family also reaffirmed his desire not to be intubated. We concluded rounds without a clear plan and decided to reconvene as a care team later.

During the conference, without the patient or family present, all team members had the opportunity to share their perspectives. I shared my assessment that he was dying, which was initially met with hesitation, then resigned agreements. Understandably, those who had a relationship with the patient and his family for several years had a difficult time transitioning their perspective from survival to death. We held space together to acknowledge the sadness of the events to come.

With the truth of the matter out in the open, we were able to create a care plan. However, to implement it, we needed to be as open with the patient’s family as we had been in the meeting. I gently told his parents he was dying. After crying, his mother looked me in the eyes and said, “Thank you for being honest.”

Over the next 24 hours, his health declined and we optimized pain control. When he died, I felt the sadness that comes with losing a life. But I knew our team had communicated compassionately and honestly, which helped his family with their grief. A year later, I spoke to his mother at the memorial service. She thanked me for my honesty. To this day, I think of that patient and his family when I have sad news to deliver. I remind myself:

1. No matter how hard it is to deliver bad news, be honest and direct.

Avoid euphemisms and unclear language. Families can’t make informed decisions about care plans without having and understanding all of the available information.

Leaving patients and families “in limbo” about the trajectory of their illness may lead to physical and psychological suffering.

3. Being an “outsider” (someone without a long-term relationship with a patient) may offer you a different perspective than others more closely involved.

This may provide clarity about the clinical status and inform the outcome of a case (as with this story), but it is important to remember how valuable long-term relationships are as well. It takes a team approach to provide end-of-life care.

Throw The Heart Machine Out The Window

How to Support Patients When Transitioning Back to “Normal”