In order to minimize bias, it’s critical to use non-judgmental language when describing patients, both orally and in the medical record. 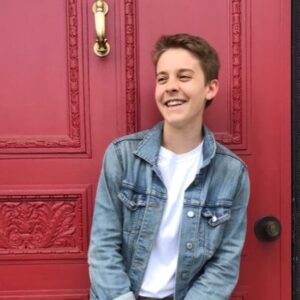 I was assigned a new patient while on my inpatient medicine rotation during my fourth year of medical school. The patient had shortness of breath due to a heart failure exacerbation. Reading his emergency department notes I saw “patient non-compliant with medications.” At the time, I didn’t think much of it as I had been taught, verbatim, that patient “non-compliance” is a leading cause of heart failure exacerbations. I’ll admit, I judged this patient. Even before meeting him that description painted the picture of an “uncooperative patient.” Shame and embarrassment washed over me after our first conversation. The patient’s health insurance had lapsed and even though he was getting enrolled in a new insurance plan as fast as he could, he couldn’t afford his prescription this month.

Documentation and general communication about patients is a huge part of a healthcare professional’s job. As such, we must explicitly teach and encourage the use of respectful terminology. We must also actively discourage judgmental words. Terminology influences our attitudes and conveys biases. Stigmatizing language in patient documentation can lead to negative attitudes about the patient and changes in prescribing behavior. Language is ever-evolving, but there are some terms that are clearly judgmental and not patient centered. The following are a few of those terms, why they are a problem, and recommended replacements:

These are negative ways of saying that the patient is doing something different than what the healthcare professional wanted them to do or recommended. Using these words allows us to circumvent finding out the root of this disconnect, such as an insurance lapse. Declined or chose not to are alternatives word choices.

Framing the patient’s concerns as a complaint has a negative connotation. Non-judgmental alternatives are reported or mentioned.

Saying a patient is demanding may create an adversarial interaction instead of a collaborative one. There’s usually a more patient centered way to describe this behavior. One could say that the patient repeatedly requested or is asking for.

These are just a few common judgmental phrases used to describe patients. We can be better patient advocates if we seek to understand the reasons behind patient behaviors instead of reducing them to these terms. Discontinuing the use of these terms will lead to less bias and allow for more open and positive therapeutic interactions.

The Hippocratic Oath’s Reminder to be Artful

How to Improve Patient-Clinician Connections, Part 3