Giving Respectful Care to All 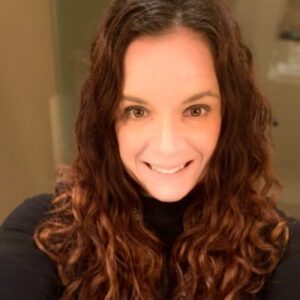 By Danielle Prentice, DO, Penn State

When I was in college and living alone for the first time, I woke up one morning with a fever, horrible back pain, and lower abdominal cramping. It was Saturday and student health was closed. I was miserable and needed help. I took the light rail to the closest urgent care. The clinician was a nice middle-aged man. I described my symptoms and he requested a urine sample and a pregnancy test. I told him there was no chance I was pregnant, but I understand that he may not take my word for it. Returning from the restroom, I overheard my doctor talking to a nurse. “Wouldn’t it be funny if I told her she was pregnant?” In an instant, any trust I had in the physician was gone. No, it wouldn’t be funny. And this was surely not something to joke about.

At the time, I thought this must be rarity. Obviously, most clinicians must be more respectful toward their patients. However, as my medical education journey continued, I learned that versions of this joke, and much worse, are said about female patients frequently. It’s even worse for female patients who belong to a minority group. Why aren’t we talking about this more? Why aren’t we sharing these stories? Why aren’t we doing a better job of making sure this doesn’t happen?

Our medical system has been built by and for white men. Historically, doctors were male, hospitals were run by men, medications were made for males, and research studies studied men. Female patients were largely excluded from the narrative. It should come as no shock that health issues that affect female patients have been largely disregarded and poorly understood. Despite the influx of women into medicine, much of the same patterns remain. We have to continue to ask ourselves why.

Let’s start with the term “hysterical.” Hysterical is a word often used to describe female patients, even today. In the paste the word was associated with madness and witch hunts. “Hysterical” and “hysterectomy” share a root meaning “of the womb,” the same root as the word “hysterotomy.” The association between madness and the uterus have long been part of our history. How many times have you heard a female patient described as “hysterical” when they’re in pain or expressing anger? Probably more times than you’d like to admit. The words we say matter. How we talk to patients and discuss patients with our peers matters. We need to be better.

Improper care of female patients screams at us from the headlines. In recent years, we’ve seen reports of examinations without consent, mistreatment of indigenous women during COVID-19, maltreatment of female patients who are incarcerated, unwanted procedures performed on people being held in immigration facilities, a war on reproductive rights, and the toll of systemic racism and sexism leading to a maternal mortality rate in Black and indigenous patients that is alarmingly high.

What can we do to fix this?

We can start by listening to our patients. Leave preconceived notions about them at the door. Treat each patient as you would want your family, best friend, and yourself to be treated. But this alone isn’t enough. We need to dismantle the systems that have allowed this disrespectful care to continue for so long. We have to fight for more women in leadership positions in medicine and healthcare and increased funding for addressing women’s health issues. We need to ensure that female patients are equally represented in research, especially pregnant patients and those of reproductive age. As representation increases, the quality of care will follow.

Listen to your patients. Treat them with respect. Speak of them with colleagues in a respectful manner. Think of the words you use. Eliminate “complaint” and “non-compliant” from your vocabulary. Speak up about the danger of stereotyping. Strive to be better each day.