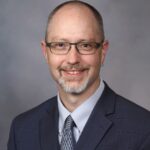 On October 8, 1995, after an unbelievable late-season comeback to even make the playoffs, my hometown Seattle Mariners defeated the New York Yankees when the greatest designated hitter in baseball history, Edgar Martinez, hit “The Double” to drive in the winning runs in the bottom of the 11th inning. This hit is considered the most important in team history, and the victory is credited with keeping Major League Baseball in Seattle. Now, what if I told you this accomplishment might never have happened were it not for the Mariners and Martinez embracing the concept of optimizing performance, with both individual and organizational investment?

Early in Martinez’s career, he struggled with internalizing mistakes and worried that he might not belong in the majors. The Mariners were one of the first teams to have a sports psychologist consultant available, and both the team and Martinez pursued this relationship to foster continued growth, maximize his talents, and help everyone involved. The result of this mutual investment was a Hall of Fame career!

Coaching for sports performance has now become the norm across sports, and these days NOT engaging with a sports psychologist would generate questions about an athlete’s commitment to reaching their full potential. In addition to ultramodern training facilities, every Major League Baseball team now provides access to a mental health coach, and the vast majority have sports psychologists on their regular staff. Of course, this wasn’t always the case, and in the past, some players famously said “it’s for people who are weak-minded.” But now, mental coaching is viewed as a fundamental part of being optimally prepared. Charlie Maher, a sports psychologist for Cleveland’s Major League Baseball team who has served as their director of personal and organizational performance, said, “The focus of sports psychology in baseball is much more on performance, on development and improvement rather than what I call ‘searching for psychopathology,’ like you have a problem.”

Medicine can benefit from a similar mindset. What if we shifted our focus from narrowly focusing on individuals, workplaces, and systems, to improving performance through attention to design, support, and monitoring in support of this goal? Imagine a director of personal and organizational performance for healthcare professionals! Our well-being would improve if there was systematic attention to establishing environments within which we could thrive and flourish, rather than the common experience of striving to serve our patients despite system headwinds that hinder our performance. Supportive environments would work in concert with individual efforts to reach our greatest potential. For example, healthcare professionals are already highly resilient, but maintaining this remains important. In addition, there’s growing evidence that coaching to hone performance is effective for healthcare professionals just as it is for athletes and promotes well-being.

To be clear, this approach requires a holistic view of “performance,” not the narrow business-oriented lens mandating ever-increasing caseloads and RVU generation. In fact, excess stress along those lines actually decreases true performance in serving the needs of our patients and communities, as the well-being literature amply shows. A genuine focus on boosting performance would respond by adjusting working conditions to restore the desired level, taking care of both what and who drives performance. As in athletics, healthcare organizations that embrace this approach will enjoy a competitive advantage in recruiting and keeping excellent clinicians. It’s time we shifted and broadened our focus in well-being to optimizing performance!

The Struggle Between Occam’s Razor and Hickam’s Dictum

What is The Scope of a Clinician’s Work?