How to Discuss Minority Stress With Patients

If your patient identifies as part of a minority group, it could be helpful to ask if they’ve experienced stress because of this. Doing so may allow you to better understand your patient’s story. 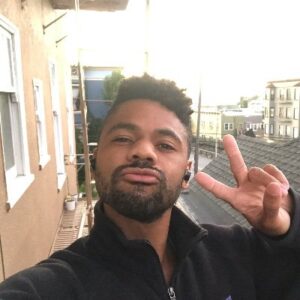 I’m about to do something I’ve never done in medicine.

I’m working an overnight shift in our hospital’s emergency department. I’m an African-American, gay, psychiatry resident on yet another overnight shift. I’m burned out. I’m exhausted by the daily discrimination myself and other minorities face as our intelligence is questioned, we’re told we’re unprofessional, and far worse.

Yet, here I am, once again playing the role of the ever-caring, ever-perfect resident. And this moment might be the most important in my medical training thus far. I’m about to ask my patient specifically about minority stress for the first time. For, across from me sits another patient for that night.

In one of the cramped and windowless rooms—well, except for a tiny window that looks out to the ED—where we interview patients, we sit across from each other. Well, diagonally, if I’m being precise. I’m on my chair ready to take notes on the computer. The patient sits in the slightly more comfortable chair. The door to the room is closed for privacy. The plastic blinds are open, just in case anything untoward happens and we need security involvement.

But. There is something that this patient and I will do together that I’ll always carry with me.  My lips part. The words that I hold fall into being, as if they were always meant to be said. “In your life, have you identified with any specific minority groups?”

The person nods and tells me that they identify as gay and a racial minority.

“I know we’ve talked about your psychiatric history. We’ve talked about what brought you to the hospital tonight. But I haven’t asked you enough about possible stress you’ve experienced specifically because you are a minority, so, if you’re open to it, I’m here to listen,” I said.

And there’s this sigh from the patient. Their shoulders loosen. The lines around their eyes soften the slightest bit. Their whole aspect changes. Though they probably assumed I’m gay from my affect and demeanor—not to mention my neon hair—and felt somewhat safe opening up, the feeling of the whole room shifts. Relaxes. Feels more open.

“No one’s ever asked me that before,” they respond. “Not in that way.”

Up until that point I had never asked a patient that specific question. As physicians we ask about people’s social history. What brings them to the hospital. We’re taught to ask about culture, but with scheduling constraints we usually don’t have time to delve. Social history often doesn’t play as much of a role in patient notes as focusing on their edema or their current depressive symptoms.

I hadn’t heard about the nuances of minority stress until I looked into it on my own in the second year of residency. It was never mentioned in medical school. There weren’t really lectures about it in residency. By that point in my medical training, I was terrified to bring up such topics—with patients or other people in the hospital. I worried these discussions would be seen as unprofessional. Hadn’t I been told so often I was unprofessional for trying to ensure my colleagues and others who were minorities had the same respect as our white, straight, male colleagues and faculty? I had been shut down too many times and now avoided these discussions like the plague.

Once I learned the term “minority stress,” I changed. I got my power back when I often felt powerless. I learned about the term that amptly described so much of what many patients encounter in some way during their lives. I also learned how it applied to my own life in medicine.

This is precisely why I became a psychiatrist in the first place. To hear stories and help patient’s control their narrative.

At the end of our conversation, they say two words, but it’s their eyes that show what those words mean. “Thank you.”

As I finish up my patient notes and type my plan, I decide to add one more problem item: #Minority Stress. It’s important enough to be its own point. One where I craft a plan of how to address it and ensure it’s thought about for the patient throughout their life.

After that? I began asking nearly every patient about when they had been made to feel like “The Other.” Especially with my outpatients, we dug in on how they had been made to feel different, whether by a mental health stigma, or their ethnicity, race, or orientation. I started to help my patients with verbiage specifically around minority stress—institutional betrayal, microinsults, microinvalidations. And how to manage those continuous daily cuts. How to sit with them. How to start healing. We elevated our language and understanding together.  And I got to see almost every single one of my outpatients get better. And so did I.

Here are four things to keep in mind when talking about minority stress with patients:

1. Talking about aspects of diversity with patients will help them, and you.

Almost everyone has been made to feel like “The Other” at some point in their lives. Nearly everyone has felt as though they are different in some way. Bringing that to the fore and not shying away from such discussions creates room for you both to breathe, learn, and grow. It helps patients feel as though they can be all of themselves around you.

2. Get consent before speaking about topics of diversity with patients.

Like my previous essay on how it’s important to gain consent to talk about diversity with physicians who identify as minorities, the same lesson holds true here. Not every patient will want to speak about diversity.

As doctors, we’re taught to never be wrong. We’re taught that perfection is required at all times. This creates a trap where we start to believe we can never be seen as wrong even when we don’t understand a topic. Instead of being open to admitting our mistakes, we instead double down and think we’re experts in a subject we know nothing about. We cannot know everything. Be humble by saying, “I don’t know, but I’m open to listening and learning about it.”

4. Educate yourself so you can have nuanced conversations.

Although we’re here to learn from our patients and can’t know everything, it’s not their job to continually educate us. It’s not a patient’s job to tell us what the word transgender means. It’s not their job to continually tell people that Africa is a continent and not a country. We must be lifelong learners, and if we can learn about all the different types of cardiomyopathy and their etiologies, we can spend some time educating ourselves about the cultures and identities of our patients so they don’t have to continually educate us.

How Clinicians can use “Wait, what?”

From Frameside to Bedside: Pauses and Perspective