To be an antiracist, you must be aware of your own biases and learn from your missteps. And remember that unconscious bias training is only a starting point for dismantling discrimination. 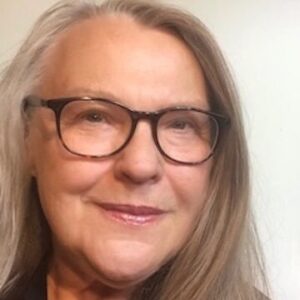 Michelle reeled in pain, saw blood on the floor where she stood, and called her OB/GYN, afraid that at 26 weeks she would lose her baby. At the hospital, the doctor reassured her that the baby was developing normally and mentioned placenta previa only in passing.

Now at 30 weeks, the pain was severe and the bleeding nonstop. She thought she was dying. Her husband rushed her to the hospital. She required multiple blood transfusions and was admitted to the hospital for a full month, until at 34 weeks she gave birth to a healthy baby boy by C-section. The surgery went smoothly and she and her husband cradled their beautiful infant. But in the following hours, her pain became unbearable. A nurse came by and reassured them that intense pain after a C-section was normal. More time passed. The pain increased. Her husband desperately called for help on his cell phone. Now his wife was in and out of consciousness. A resident finally examined her, saw signs of internal bleeding, and ran out of the room to find the attending. Michelle was rushed into surgery but died on the operating table, leaving behind her newborn, her four-year old, and a grief-stricken husband.

Racial disparities in pregnancy and childbirth

This vignette is a composite of the experiences of two African American women whose healthcare in pregnancy and childbirth failed them. In this and in similar cases, unconscious bias was shown to be a determining factor. Black women are three to four times more likely to die in childbirth than white women, and the CDC has found as many as 60 percent of these deaths were preventable. Awareness of unconscious bias, also called implicit bias, has risen in the past decade, with training programs proliferating for healthcare professionals. But is unconscious bias training enough?

The general consensus in the research community and among practitioners is that unconscious bias training is a starting point, but not enough. Training needs to be ongoing and cover microaggressions, as well as structural and institutional-level biases. But there are ways we can make unconscious bias efforts more effective. Here are 7 ideas to help:

1. Develop a habit of questioning your assumptions.

Foster greater curiosity about the lived experience of your patients and colleagues. We’re often relying on stereotypes or past experiences to make judgments or rationalize less-than optimal care.

Plan for ongoing efforts to reflect on your daily experiences by journaling. Debrief with colleagues to glean insights and new learnings.

3. It’s normal to feel defensive, skeptical, or cynical about unconscious bias training. But it’s not an excuse.

Unconscious bias is, most often, not a hidden culprit within our character, revealed in cold or callous disregard. It’s also a type of benevolence that sows seeds of low expectations, or sympathy rather than empathy. We are all biased. Practice self-compassion.

When you recognize times you’ve been biased, forgive yourself. If defensiveness kept you from reflecting on times you’ve fallen short of where you want to be as a healthcare professional, extend grace to yourself. We’re all human. Forgive yourself and do better next time. If you experience some shame, embarrassment, or anger, it’s ok. Remember you deserve help from a mental health professional if you’re struggling with processing emotions related to bias.

Following an encounter that causes you to wonder whether your words or actions were appropriate, know who you can talk to from your team for feedback. But remember that people of color are not there solely to teach about bias. They’re there to serve patients, just like you.

It’s not how you “perform” when at work as a superficial way of complying with hospital policy against bias and racism. This is about who you are. If you’re a white person born into privilege, use privilege to champion greater equity and human dignity, not out of self-righteousness or the need to be seen as a leader.

7. Realize that social determinants of health are at play.

Bias in healthcare isn’t just about individual clinicians. Be mindful about internalizing the limitations of systems as you strive towards an ideal of being antiracist. Sometimes, it’s not about you.

Broader awareness of the systemic and historical roots of bias and trauma is needed to improve healthcare outcomes. Take time to reflect, forgive yourself, and strive to develop the habits of mind, heart, and actions that will facilitate greater equity and excellent care for every patient.

3 Tips from the ED For All Healthcare Professionals