When caring for a cancer patient who lived days longer than expected, I learned to be humble in my prognostications and to help patients receive “extra” moments of life as gift. 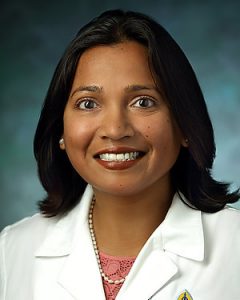 It was a perfect ending for Mr. D. His cancer had spread. He didn’t want to be connected to a ventilator. The medications hadn’t worked. Mr. D made the decision to forego continuing the oxygen therapy for a natural death. His medical team thought that he would likely die in minutes to hours. They predicted that he wouldn’t be able to stay awake to have meaningful interactions with his family when the oxygen was stopped.

Arrangements were made to treat Mr. D’s symptoms to make the transition to natural decline easier; to give medications to ease the discomfort of air hunger. His family prepared for the end. Two daughters and four granddaughters, making three sets of twins, sat by Mr. D’s bedside. He held a picture of himself and his wife sitting on a patio on a lazy summer morning. Mr. D prayed to reunite with his wife who had died four years ago. They played Mr. D’s favorite song, “Country home, take me home,” as his team of doctors, nurses, a respiratory therapist, and a chaplain gathered to support and comfort Mr. D and his family.

He appeared to slip into comfort and sleepiness. But then Mr. D’s oxygenation unexpectedly improved. After hours of minimal responsiveness, he woke up and asked for a pint of ice cream. The granddaughters went to a pharmacy just after midnight and found Mr. D’s favorite: Ben and Jerry’s chocolate chip cookie dough. He ate half of it and his daughters cried and finished the other half.

As the medical team discussed how to reorganize the care plan, his family received this unexpected time with moments of joy and connection. The next day, Mr. D asked for a McDonald’s BigMac. Later that day, he asked for crab cakes.

In these unexpected two days of wakefulness, Mr. D and his family taught the treatment team to be humble in prognostication. They received these “extra” moments as gifts. “It’s all those years of healthy eating and exercise, Papa, that’s why dying is taking so long,” his granddaughter said as his family cried.

Being open to unexpected outcomes and admiring loved ones’ resilience can be one way of practicing medicine with gratitude.

“Born Into a World Knowing,” by Susan Griffin

Oh god we say just give me a few more breaths

And don’t let it be

Let it be soft

Is it over already?

Or saying not yet.  Not

Has at this moment turned

Another shade of blue,

And see there is a child

By the beach on a lazy summer day.

The Circle of Re-Humanizing Medicine

Do You See? The Power of Pictures