Stepping Back Before Moving Forward

Considering multiple diagnostic possibilities and not anchoring on the incoming diagnosis may increase the chance of getting it right. 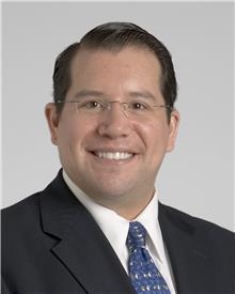 Mr. Smith was transferred from a regional ED and admitted overnight. He was a robust gentleman in his mid-60s who hadn’t seen a doctor in over 40 years. But he wasn’t a smoker and had no history of alcohol or other substance intake. He’d suffered a wound in his left foot while gardening a few days ago—the wound was becoming more erythematous and malodorous discharge started to drain out. The diagnosis was “cellulitis” and “wound infection.” A foot X-ray was unremarkable except for the presence of a mild amount of subcutaneous air.

The overnight team started him in an intravenous first generation cephalosporin, and the plan was to observe with the idea of discharging him soon to complete an oral antibiotic regime. The diagnosis was “foot cellulitis with open wound infection.”

It didn’t resonate with me. The foot had a dramatic appearance—it was very swollen, erythematous overall, with some purplish discoloration around the wound that was draining a greenish milky fetid discharge. I looked at the X-ray, and asked my daytime team, “What do you see?”

The answers varied from “no fracture” to “some air in the subcutaneous tissue.”

I then asked, “Would you get an MRI?”

“That’s not a high-value test,” my team said.

They said that it was expensive, wouldn’t change the management of the patient, and that the patient was healthy and just needed antibiotics. I realized that my team was anchored in the diagnosis framed by the emergency department. Also, they didn’t consider that the patient hadn’t had any formal medical evaluation in 40 years. So far, several cognitive errors were occurring—availability, anchoring, and framing.

“Let’s all take a step back,” I said. “This gentleman has a complex foot wound, and his X-ray is quite abnormal.”

I pointed out the vascular calcifications. This raised an ah-ha moment and started to expand our differential diagnosis. My team asked to see the clinical response to antibiotics, which we decided to expand to cover pseudomonas and anaerobes, while waiting for the cultures. They still decided not to do an MRI.

I struggled with the fine balance of allowing independence and autonomy for my team and ensuring proper medical care. I convinced the team to get an MRI and a glycated hemoglobin (HbA1c). We made bets on what the MRI would show—I said “osteomyelitis.” My team disagreed, as the X-ray didn’t show it and the wound only happened a few days ago. The MRI was consistent with metatarsal osteomyelitis, deep wound abscess, and a Charcot arthropathy. The HbA1c was 12.1.

Mr. Smith had a classic diabetic foot. Upon further questioning, he acknowledged blurry vision, polyuria, polydipsia, weight loss (despite his BMI being > 30), and more importantly, numbness and tingling in his feet that had been ongoing for at least several years.

He underwent surgical debridement of the wound and was discharged on IV antibiotics to complete six weeks, as well as an aggressive insulin regime, with follow up by a local primary care doctor. His wound didn’t improve in the subsequent weeks, so he then had a femoro-popliteal bypass to enhance distal perfusion.

1. Don’t anchor on the incoming diagnosis.

2. Take a step back, stay curious, and keep asking questions.

Taking a step back is a fundamental exercise—avoid the diagnostic momentum and exchange it for time to reflect and consider all diagnostic possibilities.

It’s important to look for our potential biases and cognitive errors. When we reflect on what errors we could be making, it may help us to be more cautious in committing to a specific diagnosis and enhance diagnostic humility.

4. In the current era of “high value care,” the value of a test is contingent with the clinical context.

The consideration of a test being of high value is contingent on whether it will meaningfully impact the patient’s outcome.In this case an MRI was more than valuable—it’s indeed an expensive test, but it allowed us to make an accurate diagnosis.

What’s a pearl you’ve learned from a palliative care colleague?

A New Paradigm For Growth