The Danger of Stereotyping Specialties

Clinicians must critically evaluate the stereotypes that they assign to one another. A diversity of training and backgrounds is beneficial to patient care. 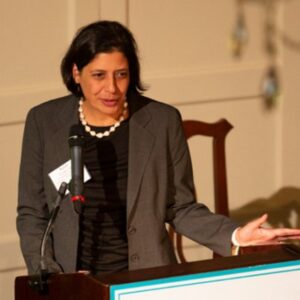 “Some gynecologist did her bowel resection,” I overheard an ICU team member say snidely while co-managing of one of my patients.

“It’s just a gyn case, anyone can staff that,” the OR charge nurse said about another patient.

“The gynecology service doesn’t admit to the inpatient cancer unit,” an administrator told me while I was trying to admit a critically ill patient with a neutropenic fever from the infusion suite.

Stereotypes of specialties are pervasive.

Despite attention to many of the stereotypes that affect women and under-represented minorities in medicine, stereotyping of specialties remain common. Some common stereotypes are that orthopods are bros, internists are nerdy, and pediatricians are gentle and kind. Gynecology, with the highest percentage of women of any specialty, is an outlier from the expectation that women will gravitate toward communal and men toward agentic specialties. This dichotomy has provided plentiful fodder for interspecialty trash talking. The fact that most gynecologists are now women has reinforced stereotypes of gynecologists as “difficult,” “bitchy,” and most worrisome —“incompetent.”

Unlike many gynecologists who were drawn to the field to care for young and generally healthy patients, I became a gynecologist to be a surgeon. My passion is the complex care of sick patients. To become a gynecologic oncologist, I had to master complex pelvic surgery, including competence in GI and GU procedures, learn chemotherapy prescribing, and the management of chemotherapy toxicities. My specialty was born in the 1970s as a reaction to perceived deficits in the quality of cancer care for women with malignancies of the female genital tract.

Today, more than half of practicing gynecologic oncologists are women, as are over 70% of our fellows in training. What started as a stereotype that surgeons aren’t women has morphed into a bias that gynecologists aren’t worthy as surgeons. 50 years after the formation of my subspecialty, disparities for women with gynecologic malignancies persist. Fewer than half of women diagnosed with ovarian cancer in the U.S. receive standard of care treatment following their diagnosis. Incidence and mortality for endometrial and cervical cancer have worsened in the last three decades in contrast with other cancer disease sites. Outcomes from gynecologic cancers have some of the largest racial disparities compared to other malignancies.

Stereotypes allow the allocation of vital resources such as staff, operating room time, and equipment to favor surgical specialties that have retained their “masculinity.” If gynecologists are operating without these precious tools, the surgical care for women with gynecologic needs is handicapped. And the stereotypes reaffirm themselves, creating a vicious cycle. The stereotypes that impact my field are just one example. A stereotype might prevent an abnormal EKG finding being shared with their orthopedic surgeon. A medical patient with CHF might go an entire hospitalization with anyone unwrapping their legs and examining their feet and then be readmitted with cellulitis.

We must critically evaluate the stereotypes that we apply to each other. We should respect that a diversity of training and backgrounds is beneficial to the care of our patients. We can approach our encounters with each other mindful of the patient (not the other doctor’s specialty) and their needs. We must give each other the benefit of the doubt regardless of the department name printed on a badge.

How do you make time to learn something new to enhance your practice?

How to Support Patients With Chronic Pain and Substance Use Disorder