The 24 Notes of Taps

Let us honor the bravery of clinicians who have sacrificed everything in this pandemic to serve others. 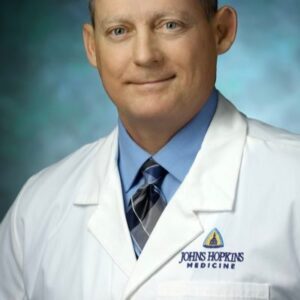 I was just sitting down to coffee and the Sunday paper when I got the unwelcome news. “He’s gone,” his wife told me over the phone in a trembling voice. “The service will be small because of the virus, but we wanted you to be there.” My friend and patient who had introduced himself to me as “Big Red” over a year ago had known he was going to die—we both understood that inevitability. He was ready, but I was not. “I’m not worried about me,” he had said one day beneath his mask, a cigarette dangling from one hand and hospital discharge papers clutched in the other.

Expected or not, and from whatever the cause, every loss these days feels one too many. The numbers overwhelm us— hundreds of thousands lost to a virus in a matter of months are made real by each masked and distanced ritual that mourns and celebrates the life of a father, or sister, or best friend.  As healthcare professionals, we’re traumatized by the suffering of our patients and also grieve the loss of so many of our own. Each death brings back the horrors of all we have witnessed and unearths new fears for ourselves and our families.

I was a new attending when I first met Big Red during one of his many hospitalizations for an exacerbation of his oxygen-dependent chronic obstructive pulmonary disease. Like many of my patients, he’d grown up and lived most of his life in Baltimore. He’d been a licensed practical nurse for many years before retiring and well understood the healthcare system. As time went on, our conversations focused on personal issues. We discovered that our careers had similar beginnings, both of us having served as a military medic years before, and we often shared details of our experiences and deployments. For him, he served in the United States Army’s 1st Infantry Division nicknamed “The Big Red One” and me the 82nd Airborne Division. He enlisted to the military because members of his family had served in this branch and for him that meant he was carrying on the family tradition.

I once recalled with him my fears on an early morning in January 1991 as Operation Desert Storm began. In my role as a medic, I’d replayed every possible emergent care measure and made one last inventory of supplies. Although we’d rehearsed possible scenarios many times in the field, I still didn’t feel prepared. My mind raced with worry for the safety of my friends, the possibility of bearing witness to the horrors of war, and the question of my own survival.

When COVID-19 entrenched itself in our hospital and community, I again felt I was preparing for war. Walking through hallways filled with isolation carts, care teams huddled together discussing treatment strategies for the critically ill, and surrounded by the sounds of intravenous pumps, heart monitors, and mechanical ventilators, I was reminded of the sights and sounds of battle. I made conversation with the staff and patients, hoping my training and knowledge was somehow enough to make meaningful treatment recommendations at a time when little was known about the best therapeutic approach to this novel virus. I tried to set my fear aside, focusing instead on teamwork, communication, and gratitude. Perhaps I felt so unsteady because I had so many infected patients like him in the rapidly expanding pandemic.

One day I encountered Big Red again in the hospital. Incredulous that that very hospitalization was literally our last encounter, I asked if he’d also found aspects of the pandemic to be similar to his military experience. With a self-assured voice, he replied, “The bravery of the frontline workers is reminiscent of soldiers entering battle.” But, he said, this pandemic wasn’t a fight that involved dodging bullets or bombs, or a conflict fought thousands of miles away from home.  This was a war against a virus that could neither be seen or killed and wouldn’t result in medals for extraordinary acts of bravery. Having lived his life in service to others, he recognized the battlefront uniform of N95 masks and protective gowns and understood that the real reward for heroism now was the triumph of every life saved.

His funeral was a small, masked event with a few family and friends scattered around the gravesite. A sole musician played Taps, and the 24 melancholy notes of the bugle drifted through the air as the flag was precisely folded and presented. Part of me believed he was listening and I wondered what this melody meant to him.

I’ve often thought of Big Red since that day and wonder if he would have agreed with me that this solemn military tradition is also a fitting tribute to all the fallen heroes during this pandemic? Or should it be reserved only for those who served in conventional warfare? What other medals or tributes would be fitting for us to offer in remembrance of those we have lost on this unconventional battlefield? I see him again in the stories of other patients’—the ones whose infection doesn’t improve despite my best efforts. I remember him in the many COVID-19 standards, algorithms, and quality initiatives—the history or comprehensive examination still left undone due to mechanical ventilation requirements or isolation precautions, the medication change that has to wait for one more lab test or culture result.

So often the grieving process occurs through unexpected ways, and no other American military bugle call is so easily recognizable or more apt to yield emotion. Echoes linger in the heart long after its tones cease to vibrate in the air. In the days after his funeral, I realized the vital necessity of listening to this call. Just as this short, haunting melody is not a sound to be quickly forgotten, we must also remember the legacy and bravery of those who have sacrificed everything in this pandemic in the name of service to others.