When my seven-month-old-patient suffered severe neurological damage, despite having little to offer medically, I remembered I could still support her mother through this tragedy. Taking solace in this helps me to be present for my other patients. 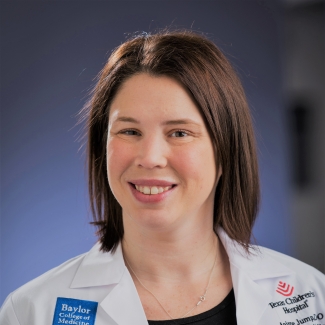 I can’t really put my finger on when it started, but in the wake of the birth of my second child I was left with a constant feeling of unease. I’d shouldered doctoring and parenting during a global pandemic and was now faced with one of the worst viral winters that pediatricians have seen in over a decade, now referred to as the “Tripledemic.” The day-to-day wasn’t different in the PICU; morning rounds were routine, I still trusted my gut in the minute-to-minute decision making, I was more at ease counseling families about their child’s medical care, and as a parent I was more empathetic than ever about the emotional intensity of childhood illness and hospitalization.

My anxiety was driven by the reality of poor staffing availability, full pediatric hospitals nationwide, and emergency room waits that, at times, incited poor patient outcomes. My patient was a seven-month-old whose mother had sought care multiple times in the emergency department due to high fevers at home and decreased activity. The fever went down and the baby was sent home. But the fever continued, the mom returned to the ED, acetaminophen and ibuprofen were prescribed, and she was again sent home. Then, the infant started seizing at home, had a lumbar puncture with the alarming finding of too many white blood cells to count. She waited for transfer from an adult emergency room to a pediatric hospital. The little patient waited for over 12 hours. Subsequently, she was found to have meningitis that left her neurologically devastated.

Despite hard work with my therapist to separate my work and home lives, I was rattled. I stood at the bedside of that seven-month-old and reassured her mother that she’d done nothing wrong, but that we as a medical system had failed her daughter. I’ve since stood at many other bedsides of sick infants and reassured worried parents that sending their child back after a brutal hospitalization due to RSV bronchiolitis didn’t make them a bad parent, but I questioned the risk of dropping off my children to the same type of childcare before driving in to tend to the illness of other people’s children.

We sometimes feel exhausted, overworked, and emotionally drained. I found healing in being more present to patients and families and took pride the thanks from families and the smiles of patients who overcame illness. Despite the need for radical change in the delivery of medical care, we are the difference for that patient and their family.

Keep showing up, be authentically yourself, be compassionate, be all you would ever hope for in the care of yourself or one of your loved ones. Remember your why.

Which winter olympic sport would best prepare you to serve patients?