5 Tips for Supporting People With Autism

It’s critical to make time to understand how your patient communicates best, learn their strengths, empathize with their challenges, and give them as much autonomy and choice as possible. 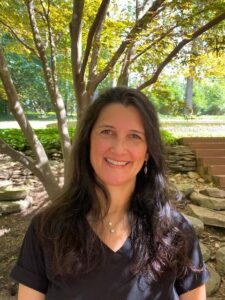 This sound tells me that my patient, Aiden, has arrived in the Zoom waiting room for his psychiatry appointment. I click “admit” and see Aiden, a six-foot heavy-set 15-year-old, in the kitchen making waffles. He toasts them, dunks them in maple syrup, comfortably settles into a chair, and devours every bite while watching YouTube videos, periodically making vocalizations and flapping his hands when something excites him.

“Don’t forget to clean up Aiden,” his mother says.

He grunts loudly and puts his dish away.

In some ways, Aiden seems like a typical teenager getting his breakfast and wanting to be left alone. Aiden’s presentation, however, is much more complex. His diagnosis of autism spectrum disorder (ASD) causes difficulty with social interactions, communication, changes in his routine, and high sensory environments. Aiden also experiences severe anxiety states and has destroyed property in his home, which has required inpatient psychiatric hospitalization for severe uncontrollable aggression.

ASD affects one in 68 people in the U.S.. Chances are that most people know of someone who has a child with ASD. The phenotype of ASD is a rainbow of colors. Some children, like Aiden, are nonverbal and have cognitive impairments. Others graduate high school, attend college, maybe grad school, have jobs, and are in meaningful relationships.

One of the most difficult aspects of ASD is dealing with the mental health problems that co-occur with the disorder, like anxiety, depression, aggression, psychosis, and suicidal ideation. Many parents tell me that the mental health problems are more difficult to manage than the ASD itself.  I’ve witnessed families in full-blown crisis because of their child’s mental health problems. The journey for parents is filled with joy and progress, but also setbacks and frustration. Some people with ASD are acutely aware that they’re different, a major source of anguish. I recently saw a 16-year-old teenager who asked me if I knew of a surgery to get rid of her ASD. This was painful to hear, and I knew that she would wrestle with accepting her diagnosis.

As a psychiatrist, my role has been to help people with ASD manage these mental health problems. Sure, I can prescribe all sorts of medications and therapies. At the heart of treatment though is taking a humanistic approach to seeing each person with ASD as a whole person, instead of just their deficits.

Here’s five humanistic pearls that I try to incorporate in my practice:

1. Never make assumptions about the capacities of a person with ASD.

If a person with ASD can’t speak, don’t assume they can’t communicate, feel, or appreciate what’s going on around them. People with ASD deeply experience the world, just in a different way. Take time to find out how someone with ASD communicates, what they love, what makes them scared, and what brings them joy.

2. Help people with ASD feel respected and valued for who they are.

Give them time and space to communicate. Remark on their strengths. Empathize with their challenges and when possible, involve them in the conversation. Everyone, even people with developmental disabilities, deserves autonomy and choice about their lives.

3. Create a safe space for an individual’s and their family’s pain.

Having ASD can be hard. Individuals and families don’t feel like they fit into mainstream society, access to care is difficult, and for some parents the grief of having an atypical child resurfaces at different stages of the child’s development.

4. Realize that sometimes parents may know more than you.

Rather than exert authority or get defensive, listen to their observations and concerns. They have lived experiences that we’ll never fully understand and can inform our formulations of what may be going on.

5. Tell parents that you’re with them on this journey of raising their child.

As a psychiatrist, my boundaries over the years have become looser, gentler, and kinder. I envision myself walking side by side with individuals with ASD and their families. The road is long and I’m with them all the way.

How do you fully engage with patients while using the Electronic Health Record?

Individualized Medicine Calls Me Back to Patient Stories