What I Learned From Acting

Healthcare professionals must allow patients to play their own role in the story of their lives. This includes being a good scene partner by listening closely and responding artfully. 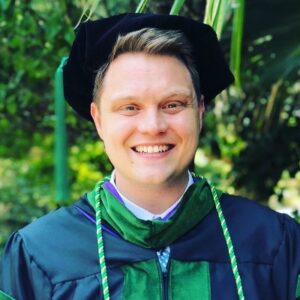 Getting rejected is hard when applying for jobs. Hearing “no” for six months by many different employers is really hard. When I made my living as an actor (and occasional waiter, hotel clerk, and personal assistant), rejection was part of the daily grind. While pursuing my bachelor’s degree at a conservatory studying musical theater, I countered the inevitable self-doubt through a greater sense of who I was as a performer. Here are a few life lessons I learned along the way.

Each actor has a “type”—the character archetype that suits them best. I was the tall and goofy boy next door. Despite what I belted out in the privacy of my shower, I wasn’t the pop rock heartthrob I wanted to be. I learned to be ok with that. Contrary to popular belief, acting isn’t pretending to be someone else, it’s finding what part of yourself already resides in the character you’re playing.

The roles I was cast in represented the perfect alignment of  that particular character and who I already was. It was because I was the best version of myself, and not a second-rate impression of someone else, that I was fortunate enough to tour the country in Mel Brooks’ “Young Frankenstein.” This degree of introspection is a skill built on vulnerability and improvisation, and it’s been invaluable in my career in medicine.

Be a good scene partner and listen to your patient

In order to play a character, an actor does homework. In every scene they identify what their character wants, how they plan to get it, and what stands in their way. The answers to these questions are determined by the characters backstory—everything that brought their character to that moment in time. Understanding our patient’s backstory is what it means to be an empathetic clinician. Each patient interaction is a scene with wants and needs. Understanding why our own “want” may differ from our scene partner, our patient, allows us to find common ground to build a therapeutic relationship.

The show must go on

Theater is the portrayal of the human reality on stage. The artful practice of medicine can help our patients get back to playing the role they want in the story of their life.

Awe in The Midst of Medicine

Happy National Caregiver’s Day! How do you support your patients who are also caregivers?