The most important lesson I’ve learned as a child psychiatrist is how badly kids want limits when they’re struggling, even when they keep that wish to themselves. Kids are smart, and when we catch them breaking a rule, we need to be curious about why it happened. 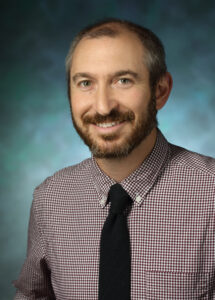 I met Caroline in May. She was a sixteen-year-old girl admitted to the pediatric service after losing about thirty pounds over a three-month period, and her parents were struggling to convince her to eat. Typically, kids admitted under similar circumstances begin a very rigid behavioral protocol that gets them eating again and restores their nutritional status to where they can get more intensive psychiatric treatment.

Kids who don’t eat can sometimes be stubborn, but while they grumble about the different rules and restrictions they face, when they are on the pediatrics service they typically make some progress and leave after about a week. Caroline, a remarkably intelligent girl with an oddly dichotomous love of both “Little House on the Prairie“ and late-70s post-punk music, didn’t so much grumble as openly rebel. Neither reward, punishment, nor appeal to reason could persuade Caroline to eat and the so the pediatrics team started to feed her through a tube inserted through her nose and reaching her stomach, an intervention so aversive, nearly every kid does whatever necessary to have it removed as soon as possible. Caroline’s lasted nine weeks.

After leaving the hospital, Caroline and I continued to meet. With intensive eating disorder treatment and individual and family therapy, she made progress and stayed out of the hospital. But while Caroline started to eat again, she also started to force herself to vomit. When that began to abate, she began to cut herself superficially on her arms. Still, she was going to school and making friends and increasingly she fought with her parents over potential tattoos and hair color instead of whether she would eat or if she was going to kill herself.

Five months into our treatment together, I saw Caroline for our monthly medication visit. By her report, things were going relatively well. She was still cutting, but only about once a week and while she still often thought of death, she insisted that she would not do anything to seriously harm herself. We joked about silly high school drama and she shared about the relationship with her parents. I was always a little anxious on days that I was seeing Caroline; I once had to walk her down to the emergency room on her birthday when she felt that she could not keep herself safe at home, but that day I was feeling reassured.

I left Caroline in my office and walked to the waiting area to get her parents to bring everyone together to talk. I entered the office first and that’s when I saw Caroline hastily shove a box cutter into her pocket.

“I wish I hadn’t seen that,” was honestly my first thought. I’ve worked with kids who self-harm for a long time, but this was a new one. Completely and totally off the map, I waited for everyone to sit down and started talking without any particular plan.

“I know that we’re all together right now to talk about medications, but before we address that, I need to call attention to the fact that I just saw Caroline put a box cutter into her pocket.”

Her parents gasped and Caroline’s eyes widened.  “How the hell did you see that?” Caroline asked.

“I don’t know.  With my eyes, I guess,” I replied, not trying to joke, but because I honestly couldn’t think of any other answer. I then mentioned that by the time session today ended, Caroline would have to give up her box cutter.

Caroline’s eyes narrowed again and her voice dropped to a growl. “You’re not getting my [f-ing] box cutter.” I briefly flashed back to the daily visits I had with Caroline during the nine weeks she spent on the medical floor refusing to eat. This was going to be an interesting visit.

“This is obviously a pretty emotional topic,” I said. “Maybe we should put the box cutter discussion on hold, get through the rest of the agenda, and let things settle a little.” Imagine asking a crowd at a movie to stay in their seats and finish the film while the theater was on fire.

Caroline’s parents let fly with a litany of box cutter-related questions, notably where Caroline got them and how often she was cutting with them. Caroline, who had picked a fairly effective rejoinder earlier, stuck with it. “You’re not getting my [f-ing] box cutter.” Nine weeks.

Noticing the intensity in the room, I asked Caroline if it might be easier for the two of us to figure this out together, without her parents present. After a quick nod of her head, and confirmation from her parents that they would be comfortable stepping outside, the two of us were left alone to negotiate.

For some reason I opted to open with, “Well, how the [f] are we going to get out of this pickle?” Not exactly “Call me Ishmael,” but there was no sense in pretending I had some sort of magic solution to satisfy all parties.

“I don’t know, but there’s one thing I do know. You’re not getting my [f-ing] box cutter.”

I was worried Caroline was starting to paint herself into a corner and that with enough repetitions of her insistence, it might feel too hard for her to give up her box cutter and suffer the humiliation of conceding. At the same time, I needed to be mindful of my own desire to “win” this encounter, knowing that the former public school teacher in me tended to emerge when I felt my authority was threatened. I really liked Caroline and the last thing I wanted was to force a standoff that would irreparably harm our relationship but at the same time, I couldn’t ignore my responsibilities as her doctor.

I took a second to think about how we got here. Why would Caroline use the ten seconds of time she had when I was out of the office to try to cut herself? Wasn’t it basically impossible for her to get away with this? Not knowing what else to say, I pointed it out.

“I don’t know if this situation makes a ton of sense to me. You’re really smart and pretty good at getting away with cutting without anyone noticing. Plus, you knew I was only walking about fifty feet away from the office. This makes me think that maybe there was a small part of you that actually wanted me to catch you in the act.” Not my most eloquent interpretation, but I felt confident in its accuracy. By seeing that she wanted me to know, I could try to talk to the part of her that wanted help, get the box cutter, and get out of this jam.

Caroline’s growl softened. “That,” she said, “is the dumbest [f-ing] thing anyone has ever said to me.”

Maybe it was the right interpretation, but it wasn’t the right time for it.

“Wow.” I conceded, hoping not to add another disagreement. “I take it that I’m not doing so well right now.”

I tried to negotiate different outcomes, like just throwing the box cutter away, giving it to her parents, “we can bury it in the park and have a funeral service.” Caroline opened her mouth and, knowing what she was going to say next, we said in unison.

I was out of ideas and out of time and so begrudgingly, I played my last card.

“We’ve been at this for a while and haven’t gotten very far. At this point, I have to admit that if you don’t give up the box cutter, I’m not smart enough to think of any way that this ends where we don’t have to walk down to the emergency room again. We both know that’ll be a waste of your time and a waste of my time. You don’t need to be in the hospital, you just can’t keep the box cutter.”

She reached into her pocket, grabbed the box cutter, called me an  unprintable word, and tossed them onto the floor.  Oddly, I felt sad to have to resort to a threat but while I puzzled over my own reaction, I noticed that almost instantly Caroline’s face had brightened considerably and she started to make fun of my sneakers.

I laughed. “Shouldn’t a doctor not say ‘How the [f] are we going to get out of this pickle?’”

Her relief was palpable, but I avoided the mistake of calling attention to it. Instead, I brought in her parents and together we talked about what had happened. Caroline would get more supervision at home and I would share the incident with her other treaters, but no higher level of care would be needed. I saw her the next month and we gently made fun of each other for how we had conducted ourselves.

Perhaps the most important lesson I’ve learned  as a child psychiatrist is how badly kids actually want limits when they’re struggling, even when they keep that wish to themselves. Kids are smart, and when we catch them breaking a rule, we need to be curious about why it happened.

Even though Caroline was not ready to give up cutting as a means of regulating her emotions (and, to a lesser degree, fighting with her parents), keeping the box cutter on her and hidden felt burdensome and no doubt amplified the urges to cut. She felt out of control. While it would be asking too much of someone with so much ambivalence to simply offer to give them up, I think she wanted me to see the box cutter and needed me to take them from her.  There’s simply no better way to explain how much more at ease she was once she gave them up and how instantaneously our relationship seemed to revert to normal.

In the moment, it’s easy to get caught up in the emotional intensity a kid can unleash and miss the fact that “go to hell” can sometimes mean “please, help.” Of course, sometimes “go to hell” just means “go to hell.” In child psychiatry, as in parenting, it’s not always obvious what to do.

In Caroline’s case, “you’re not getting my [f-ing] box cutter” meant “please help” and “go to hell” at the same time. It’s the difficulty of trying to contain such strong opposing feelings is what puts kids in those sorts of [f-ing] pickles in the first place.

Engendering Trust in the Care Team

The Return of House Calls