It’s tempting to resort to simple explanations for complex behaviors like digital media use. Deep relationships with patients can help you understand what’s behind the behavior. 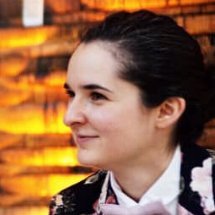 In Dr. Anna Lembke’s recent WSJ article, adapted from her forthcoming book, she points to digital addictions as a source of rising rates of anxiety and depression, and leans on explanations involving dopamine to make her case. While bringing attention to digital addictions is warranted, pinning the blame on a single neurotransmitter is an oversimplification that highlights conceptual muddiness in psychiatry and may impede the holistic understanding and care of our patients.

Digital media, and social media in particular, may indeed be underappreciated drivers of mental health problems. While addictions to digital media are not currently recognized as formal diagnoses in the DSM, a growing body of research has highlighted associations between increased social media use and poor mental health outcomes in young people, a trend that disproportionately affects girls. Companies like Facebook, Twitter, Snapchat, and others have created highly sophisticated platforms that continually improve in their ability to capture their users’ attention and package it as a product to be sold to advertisers. Discourse around this problem has recently led to debate over whether social media should be banned for minors altogether given its addictive potential.

We’ve made tremendous progress in understanding brain processes associated with pleasure, reward, and addiction, but our understanding is incomplete, and dopamine is only one piece of the puzzle. Dopamine, like many molecules involved in neurotransmission, has a variety of functions. In addition to modulating reward and pleasure it is also involved in motor, neuroendocrine, and sexual function. It also has many functions outside of the central nervous system including regulation of cardiovascular and renal function. If the relationship between addiction and dopamine was as straightforward as Lembke suggests, we might expect dopamine antagonist drugs like antipsychotics to be highly effective at treating or preventing addiction. Yet results of studies investigating the such effects of dopamine antagonists have been underwhelming. In fact, it’s not uncommon to use drugs like bupropion, which increase dopamine neurotransmission, to treat both depression and addictions like nicotine dependence.

While other areas of medicine have advanced greatly in discovering the pathophysiology of somatic illnesses, such breakthroughs have been more elusive in the study of mental health issues due to the complexity of the brain and behavior. Still, there is often a tendency in psychiatry to rush to apply this type of “disease” reasoning to all types of mental illness despite imperfect understanding of pathophysiology. This might be appropriate for conditions that have a more solid evidence base to support biological dysfunction as a root cause, like Alzheimer’s disease or schizophrenia. However, addictions, to digital media or otherwise, might best be understood not as brain “diseases” involving out-of-control neurotransmitters, but through the lens of conditioned learning.

Notice that despite pinning the blame on a chemical problem, Lembke prescribes a behavioral solution, the “dopamine fast.” Its punchy title is a bit of a misnomer. The person engaged in “fasting” presumably still gets hits of dopamine from any number of other activities, like eating, drinking, and/or sex. Really, the goal is to break a cycle of conditioning, but the dopamine fast seems to offer little guidance beyond not engaging in the behavior one feels deeply compelled to do. It’s unclear exactly why dopamine needs to be invoked here at all, and in some instances flatly instructing a patient to abstain from an addictive behavior might set them up to fail and become further demoralized.

Lembke’s opening vignette describes a young man who is addicted to video games and overcomes his problem by simply… stopping. This approach may work for some but leaves out other elements of his story that may help us understand the patient and improve his chances at long-term success. Did his problem begin or worsen around the time of a major life change, ending of a relationship, or other stressor? Does he have vulnerabilities that may have contributed to taking up this maladaptive behavior? What behaviors should the patient consider in place of playing video games when stressed or overwhelmed? Are there tools or resources available to him that he might mobilize to help him meet his goal? How might he recognize and navigate situations that put him at risk of similar problems in the future? In addition to the obvious benefits of practical problem-solving, exploring such issues can help build the kind of rapport and trust that makes therapeutic relationships fertile ground for sustained behavior change in a patient.

It can be tempting to resort to simple but flawed explanations for complex behavioral phenomena, especially when busy clinicians may not have the luxury of time. Regularly asking our patients about their digital media consumption and advising limits may eventually become commonplace but should not preclude good clinical practice that helps us form a complete picture of the patient and maximize the power of the therapeutic relationship.

Know Your Resources to Combat Burnout

During this time of Judeo-Christian observances, what informs your sense of hope?

A Taste of Their Own Medicine