Many clinicians have a love affair with coffee. Moderation is the way to go. 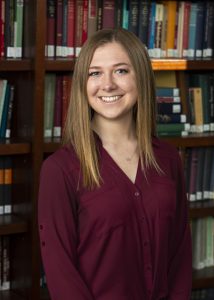 The first sip of a hot cup of coffee is a feeling that is loved by many Americans. Coffee can almost be considered a staple of the U.S. diet—about two-thirds of Americans consume a cup every day. In fact, I’m sitting in a coffee shop enjoying a cup while writing this.

Clinicians consume more than the average amount of coffee

Because of exceptionally long work hours and exhausting shifts, health professionals consume a lot of coffee, more than the average American. For the last ten years, nationwide surveys have ranked nurses and physicians among the top five professions for coffee-drinking frequency. A 2015 study published in BMJ analyzed the coffee-purchasing habits of physicians over the course of a year and found that surgeons, specifically orthopedists, as well as more senior health professionals buy the most coffee. Furthermore, the study’s authors found that medical professionals aren’t drinking coffee for the taste—they’re drinking it for the buzz of an energy boost, called the “fatigue management effect.”

Your body’s reaction to caffeine

So, what actually happens in your body when you drink a cup of coffee? Normally, the chemical adenosine accumulates in your brain throughout the day and tells you that you’re tired. However, caffeine blocks adenosine from binding to its A1 receptor, stopping these signals. Caffeine also increases dopamine and glutamate circulation throughout the brain as well as adrenaline levels throughout the body, raising blood pressure and heart rate. Once caffeine levels fall again, all of the adenosine that has built up rushes to bind its receptors at once, causing tiredness and irritability, which can be dangerous for health professionals.

Long-term health consequences of too much coffee

Many studies point to the health benefits of coffee, including its high level of antioxidants, its lifespan-extending effect, and its ability to protect against Type 2 diabetes, Parkinson’s, Alzheimer’s, heart disease, cancer, and liver disease. However, the key is that these benefits are achieved in moderation. Too much coffee in too short of a time period can have dangerous short-term effects, including increased blood pressure and heightened risk for heart attack, especially for diabetics and other at-risk groups.

Here are a few coffee-drinking tips in addition to some ways to stay energized without having to resort to a cup of joe:

1.)Limit coffee consumption to two or three cups a day.

Caffeine has health benefits in moderation, but risks—both short-term and long-term—increase with the amount consumed.

Aim for eight glasses throughout the day (the equivalent of four 16-oz water bottles). This has a twofold benefit—a well-hydrated body functions more efficiently in and of itself, and water can also combat the potentially dehydrating effects of caffeine.

4.)Avoid coffee in the late afternoon or evening.

Coffee can significantly impair a good night’s sleep. It has been shown to have negative effects on both falling asleep and staying asleep, which can make you even more tired the next day and can lead to a cycle of caffeine dependency. Sufficient rest is essential between long and tiring working shifts, so try to have your last cup before 3 or 4 pm.

It may sound obvious, but providing your body with the proper energy it needs can prevent tiredness—glucose is your brain’s primary source of fuel, not caffeine. Don’t skip meals, and don’t crash diet or overeat, either—all of these can make you even more tired.

Thus, savor this wonderful pick-me-up, but consume in moderation. However, still okay to live by the slogan, “A coffee a day keeps the doctor away awake.”

How to Talk With The Media

What do you do, or what do you advise patients do, to cope with the negative news we encounter every day?